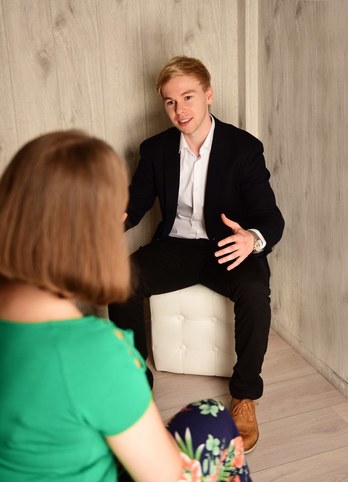 “I tell my students that philosophy is an activity that they can learn only by doing. (…) Struggling through a difficult primary text is like climbing a mountain – and if I were teaching them mountaineering, they would feel cheated if all I did was to show them pictures of the view from the summit, and describe the wrong routes taken by other mountaineers. They need to get their boots on, and work up a sweat.”
(Martin, P. (2008). Key Aspects of Teaching and Learning in the Arts, Humanities and Social Sciences. In: H. Fry (Ed.), Handbook for Teaching and Learning in Higher Education, p. 311)


​​​
​My own teaching is considerably inspired by this quotation from Martin. I am convinced that learning philosophy requires active effort as well as the freedom to follow one’s own compass. Accordingly, I see the role of the teacher as that of a facilitator, or to continue the metaphor, as that of an experienced mountaineer. A teacher should encourage students to put on their boots and follow the route they chose for themselves, but also actively assist them by providing the knowledge and tools required to master their route. In my teaching, I hope to be such an assistant to students and thereby pass on to them my own enthusiasm about philosophy.

Prof Adrian Moore, who observed my teaching of five students, said the following:
​
“Max was very attentive to what the students had to say, and made a particular point at the beginning of the session of giving each of them an opportunity to say what she (all the students were women) thought about the main topic.  Max also helped to steer the conversation to important issues without at any point interrupting the natural flow of the conversation or unhelpfully imposing his own conception of how the issues should be addressed.”
​​
Here are some comments I received from anonymised student feedback forms:
"Max was one of the best tutors I have had at Oxford, conscientious, interested and sharp. It was a pleasure to be taught by him and he really cared about being a good tutor and very much succeeded."
"Max’s teaching was invaluable in guiding me through each topic (that I chose) with a breadth of knowledge in each that allowed me to focus on the most important readings and a depth of knowledge that allowed fascinating discussion on the crucial aspect of each topic. Most importantly he helped me completely change my approach to writing philosophy essays and each week my work became more rigorous and closer to what I would need to do to get a first in the exam."
"Max substantially improved my confidence and ability to write first class philosophy essays that improved my overall potential in my 4 philosophy exams more than any other single tutor."
​
"Max’s feedback on essays has been the best I have received."
"Max was very nice to set up study sessions for students preparing for exams at the end of the term. He also offered to meet with students to talk about their essays. I found him very approachable and willing to help students. He really cared about the class. I also noticed that he took notes during the class and was always engaged as a participant, not just a moderator. "
​